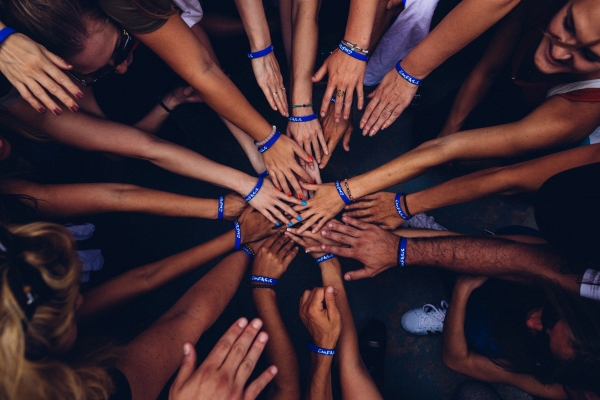 It’s been a while, so I’m just going to dive right in. I’ve been thinking a lot about virtue signaling…Yep, one of those hot button topics everyone really loves talking about right now.

When I first heard the phrase, I thought it meant an outward display of one’s core beliefs, a sign of someone’s value system. So what’s the problem? We all do that. Patriots fly flags, allies post Black Lives Matter and Love = Love, we all wear face masks. All of these seem like fairly innocuous examples. Turns out my understanding was a little off though. Upon researching, I discovered that one current definition of virtue signaling is “the habit of indicating that one has virtue merely by expressing disgust or favor for certain political ideas or cultural happenings.” Ew, so judgement-laden, so hollow, so…not mindful. So something I've done.

I suppose both practices are very natural human behaviors, but the idea that we often do or say things…judgmental things…just to feel morally superior to others, definitely feels icky! Personally the worst part is, it feels gross because I know I'm guilty of it. How ironic that something we do to make others and ourselves think we are "good" is actually not good, or at least not very helpful.

The answers still seem unclear, and this whole mindful process of uncovering undesirable behaviors and biases is uncomfortable work. It’s also important and deeply personal to address the reasons why we behave in ways that contradict our true nature – good, beloved, whole. But it’s work worth doing and made easier with self-compassion. Assuming we are all doing the best we can with what we have, I wonder if virtue signaling may be rooted in the desire to help, to feel like we are doing good in a world where so many bad things happen that we feel powerless to change…especially when it’s not abundantly clear how to help. The desire itself is altruistic in nature, but the expression of that desire is lacking any real substance.

“One’s thoughts and words alone do not make a person virtuous. According to Aristotle, virtue must be based on a just objective, it requires action, and it must become a habit.”

Altruism, the principle or practice of unselfish concern for or devotion to the well-being and welfare of other people, is likely one of the highest virtues a person can embody. Here’s the kicker, altruism requires action. True Virtue is where the rubber meets the road.

Last weekend, I was on the receiving end of True Virtue. Twice. Like many families, we ventured out into the wilderness to camp and commune with this great land in which we live. Thursday, the kids and I went to scout a spot in my minivan and promptly got stuck in a deep muddy rut with no cell service. Within minutes, nearby campers from Utah ran to our aid and local anglers were stopping to offer help. The following day, the kids and I headed back out to set up camp, this time in my husband’s 4WD diesel truck, certain we would have no issues. Wrong. The minute we exited the truck, my son identified an eerie hissing sound coming from a huge screw sticking out of the tire. You gotta be kidding me! We tried our best to make it back into town or at least to cell service to no avail. Faced with the task of changing a tire on a big ole truck with no idea what I was doing, I got to work. I knew I could figure it out, but I’d be lying if I said I didn’t hope someone would stop to help. Just as I was getting ready to jack up the truck, my prayers were answered in the form of a family of three from Tennessee.

Locals and tourists alike stepped up to do the virtuous thing. I didn’t read about their virtue on their bumper sticker or Facebook feed. I felt it firsthand. Both instances, these kind folks stopped and dropped everything they were engaged in to offer my children and me assistance, asking nothing in return but to pay it forward. Altruism - kinda warms the heart, doesn’t it? I think that’s point.

This 4th of July, I felt a new patriotism rising - one that honors the altruistic spirit that lives in all of us. In a time when we may be struggling to know how to celebrate a nation that seems deep in the mud with four flats, perhaps it’s time to shift our focus from independence to interdependence. Our ability to set aside our own interests, desires and comfort may be our greatest strength as human beings, as a community, as a nation, and as a planet.

We can start here and now. This month, I hope you'll take the opportunity to love your community by supporting three Champions for Children - Children's Learning Center, Jackson Hole Children's Museum and Teton Literacy Center. These organizations are the epitome of altruism in action, strengthening the fabric of our community through enriching educational work with children of every cultural and socio-economic demographic in our area.

There’s a song we often sing at St. John's Episcopal church based on a line from John’s gospel that claims, “and they’ll know we are Christians by our love.” My hope and prayer for all of us right now is that “they’ll (we’ll) know we are Americans by our love.” We live in a great community and country that is continually made greater because we care about each other. Let’s show it by showing up in force for those struggling and suffering the most, pulling each other out and lifting each other up. We’ll prove it’s true that when we lift others, we all rise.

Kirsten Farney is a founding mother of Mindfulness for Mamas. She is a wife and mother of two feral wildlings, living in Jackson, Wyoming. She is a musician and modern mystic curious about the intersection of spirituality, motherhood and feminism. You can contact her at [email protected]

Want to stay in touch? Sign up for our e-newsletter Mindful Musings.